Meanwhile, it is first ever venture of Neeru as a singer, so she expressed happiness and sought public support.

She further said that the track she sang was written by Happy Dally of Know creation and the music was provided by Saab Singh, while, the poster design and editing was done by Mandeep KB. The video has been produced by Nishu Kashyap.

Mandeep KB, Nishu Kashyap, Anurag and Rashmi were also present on the occasion. 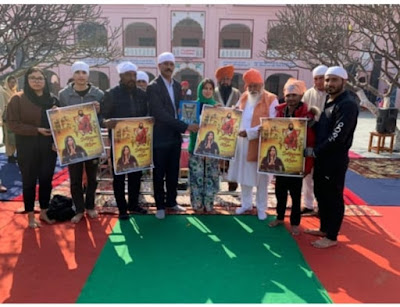